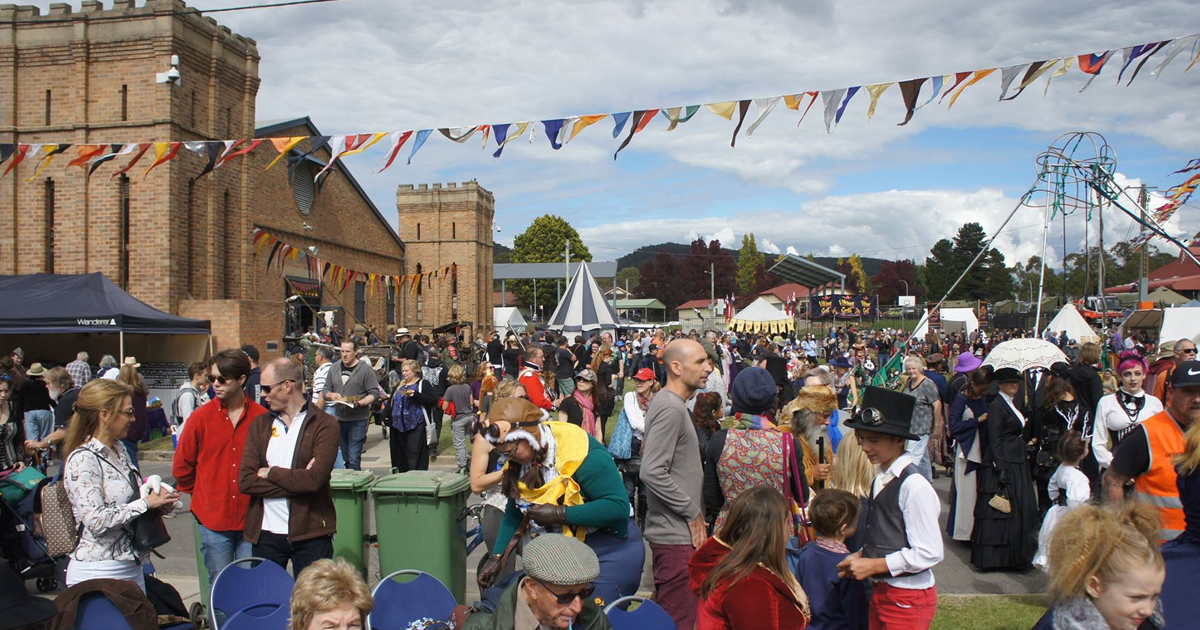 About Ironfest: Ironfest Inc. is a registered not for profit incorporated association and has been delivering quality events since 2005.

Beginning as a glorified art exhibition & held in a number of shops in the East End Main St Lithgow, the first Ironfest celebrated the birth of steel in Australia in Lithgow & involved around 30 artists & performers & attracted around 400 people.

The following year it was expanded to include a number of venues outside of Main St including the Small Arms Factory Museum, the State Mine Museum, Talisman Gallery, & the Blast Furnace Park; involving around 70 participants & attracting 700 visitors
In 2002/03 it moved to the State Mine Museum & in this fabulous setting became a real festival involving around 300 people (artists, performers & re-enactors) & attracting in excess of 3,000 visitors.

In 2004 it was forced (because of parking & traffic concerns) to move to its current home the Lithgow Showground where it has grown exponentially.

Since inception Ironfest had attracted over 140,000 visitors to the region & contributed over $20 million directly into the local economy, as of 2016.

Ironfest is now the biggest annual arts festival to take place in the Central West NSW; celebrating the Birth of Steel in Australia in Lithgow.
Now into its 21st year, Ironfest attracts people from all around the world.
In 2019 (the last time the event was held due to Covid) over 20,000 people attended; contributing over $5 million to the local economy.

Ironfest is made possible by our generous Sponsors.